…and what he does

Want to keep in touch?

Sign-up for my latest health and wellness-related news. Regular tips and hacks on how to get and stay healthy.

I am originally from Manchester, UK.  I grew up here before going off to university in the south of England.  I am married and have 2 young children.

I have always had an interest in health and wellness from a young age.  Always being fit, active, having a positive outlook on life, and being interested in wellness and optimal health.  I qualified as a chiropractor in 2006 in the UK, and gained my Doctor of Chiropractic in 2007.  I worked for around 7 years in different clinics in the UK, before moving to Abu Dhabi, UAE, with my young family.

After working for over 6 years in Abu Dhabi, we took the huge decision to take a year out and go ravelling as a family.  What an adventure it was!  Travelling slowly across South-East Asia was truly magical.  We then spent around 4 months in Australia, a month in New Zealand before heading back to the UK for a while.  I am now back in Abu Dhabi, working again at CMC.

I have always had a very keen interest in sport, particularly rugby, running, tennis, swimming, athletics, weight training and skiing. I love reading and expanding my knowledge and experience of the human body and health. I enjoy great food, travel, and a good movie; but, deep down, I am  a family man, and love nothing more than a walk in the fresh air with my wife and kids! 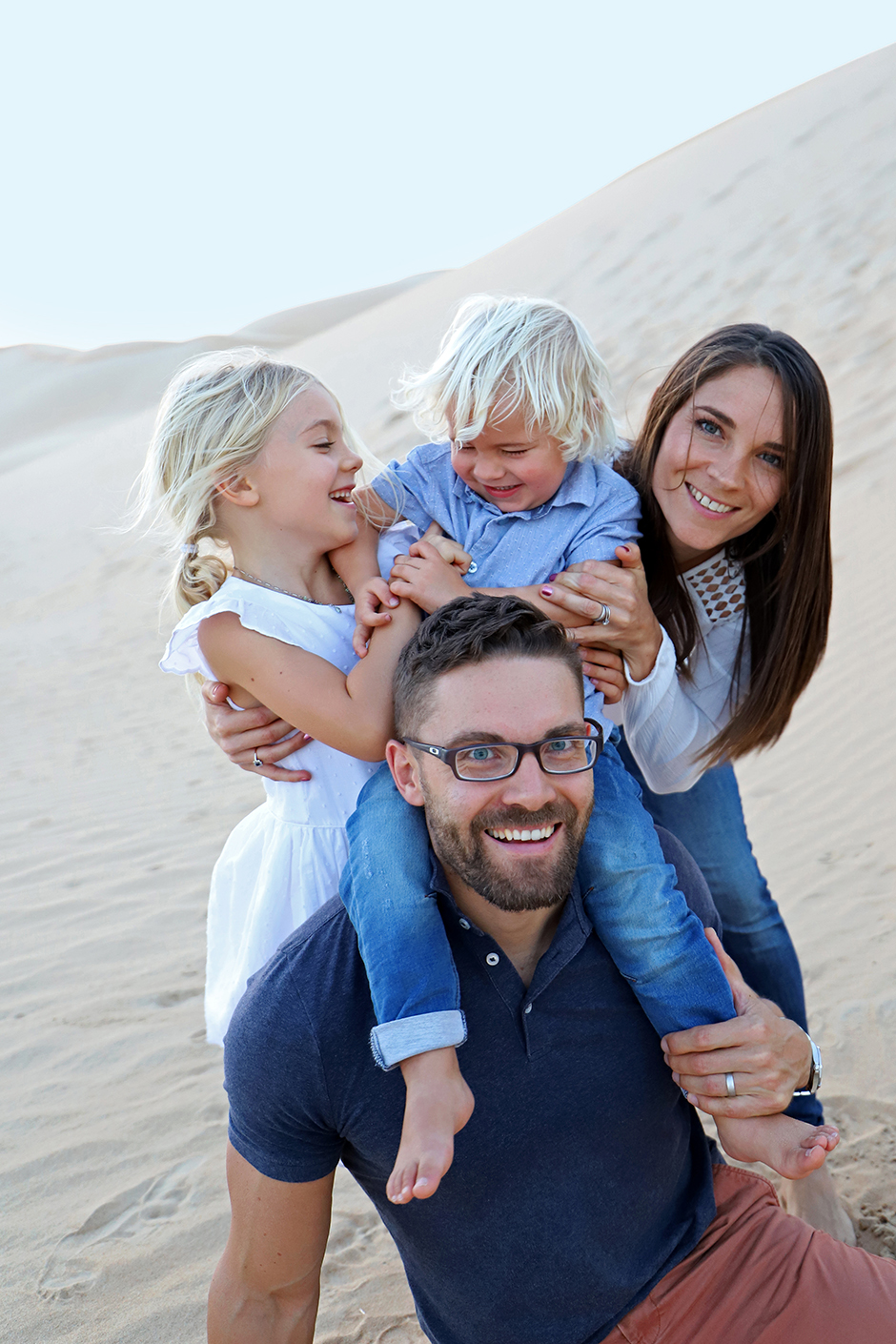 How He Discovered Chiropractic

At the age of 14, I suffered a very severe sporting injury, which left me unable to walk unaided for many weeks. Through regular physiotherapy over three months, I gradually started to regain mobility, but was far from being able to run again. The injury had left me with severe low back and pelvic pain, which really started to get me down. Sport was such an enormous part of my life, and I felt like a huge part of me was missing. My overall mood, spirit and energy levels got lower and lower.

After months of sitting on the side-line watching my team play, just wishing I was able to join in again, somebody suggested something which would change my life forever.  They recommended I visit their Doctor of Chiropractic to get checked, and see if they could help. At the time, not really knowing much about chiropractic, I decided that it was worth a shot. After examining me thoroughly the chiropractor said that he could indeed help.

After a few weeks of sessions with him, I was able to run again, and the debilitating pain in my back began to resolve. I was then picked to play for my team again and got back to my pre-injury fitness through the continued support of my chiropractor.  I cannot imagine what my life would have been like had I not seen a chiropractor. I’m so grateful that someone had suggested seeing one. From there, I decided that I myself wanted to become a Doctor of Chiropractic; to give people the same amazing results that chiropractic had given me.

I graduated from the world-renowned Anglo-European College of Chiropractic in Bournemouth, England, with a distinction. The following year I achieved my Doctor of Chiropractic through the European Academy of Chiropractic. After leaving university I moved to Warwickshire where I worked in clinics in Rugby, Royal Leamington Spa, Warwick and Stratford-Upon-Avon.

I have helped many thousands of patients of all ages; babies just a few hours old, to my oldest patient of 96! People come to me for help with a very wide variety of problems and health challenges. I have treated many professional sports players, famous actors, important business executives, Royal Family members and everyone in between. Outside of the clinic my skills have been sought through providing lectures and training sessions to teams and employees. I provide people with on-site advice on work-station set-up and ergonomics, and have been involved with the seat ergonomics and design of Jaguar cars.

I have been involved with many large companies in the UK and Abu Dhabi, to help educate their employees on good ergonomics, posture, and health lifestyle choices.  Currently, I sit on the board of examiners at the Health Authority of Abu Dhabi (HAAD), where I interview chiropractors wanting to gain a license to practice in Abu Dhabi; thus ensuring they are reaching the high standards expected by HAAD.

My experience also involves specialised work with pre- and post-natal women, along with gentle specific chiropractic techniques for babies, toddlers and children.

Whilst being very successful in helping my patients with chiropractic care, I wanted to broaden my scope, and to be able to improve people’s health and wellbeing in the greatest way possible.  This is how I came across Functional Medicine.  Over 2 years of study led me to my certification in Functional Medicine.

My very first patient was actually my dad.  In June 2017, my dad had received the unfortunate diagnosis of Crohn’s disease, a serious inflammatory bowel condition, deemed to be incurable by conventional medicine.. Undergoing the normal medical route was just making him sicker and sicker.  Always having been a fit, active and full-of-life guy, it was devastating to see him so sick, weak, pale and depressed.  It literally brought me to tears one time; visiting my parents back in England, the rest of the family were sat around the table eating dinner, whilst my dad was lay on his side in bed, where he had been all day, in agonising pain and unable to move.

Following much persuasion, my dad finally agreed to try my approach using Functional Medicine.  Within one month he was symptom free, and two years later, he remains in complete remission.  He is back to his usual active, healthy, happy self, and again living life to its fullest.  I still monitor his health and gut function with testing, and he still sticks (in the most part!) to the recommendations of diet and supplement use.

I have a particular passion in helping people with chronic digestive disorders, children and teens with wide-ranging issues such as ADHD, depression, ASD, along with people suffering from other challenging chronic health complaints.  I take a holistic, science-based, natural approach in helping people, in his friendly and approachable style. 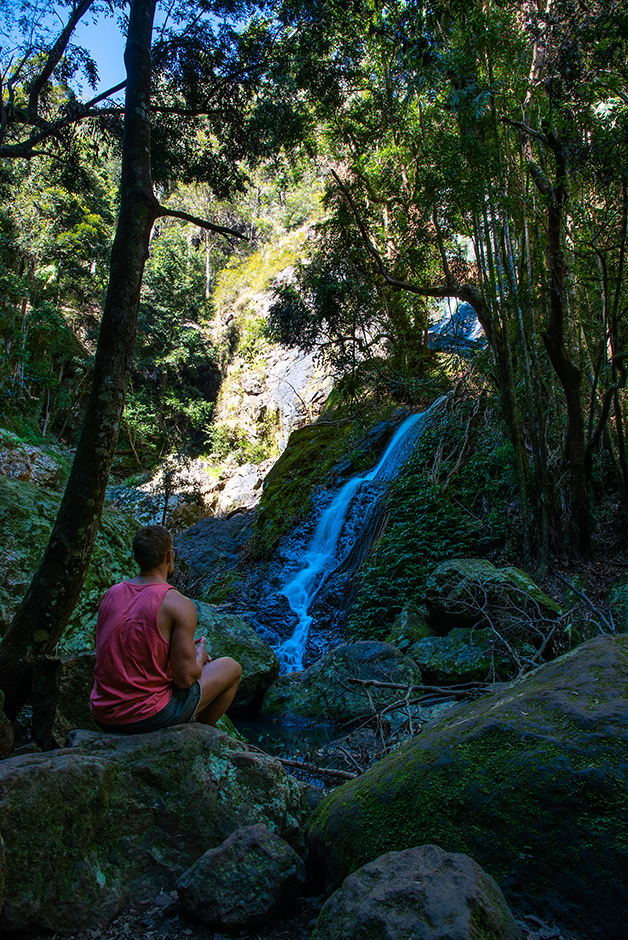 I felt that a certification in NLP life coaching would help me achieve even better results with my patients and clients.  This really gives me a unique skill set to provide people with an approach that is rare and individual.

Coaching and NLP allows me to provide a truly holistic, individualised plan to people by address all areas of their lives, including mental/emotional balance, along with the physical, nutritional and lifestyle factors.

NLP addresses issues simply and quickly by re-wiring our neurology and our subconscious mind.  Over our lives we build up a framework of the world and ourselves, through our identity and interaction with our environment.  Oftentimes, these programs are carried through life far longer than they should, and become to have a negative or limiting effect on our lives.  NLP identifies these negative emotions, limiting beliefs and destructive habits, and goes about re-framing, removing and re-programming them.  Replacing these old states with new, updated, positive and empowering ones.

It allows us to live our lives to their full potential, by living in the present in an empowering and positive way, and stop living life through the past with its unhelpful patterns and beliefs.  It really is that powerful. 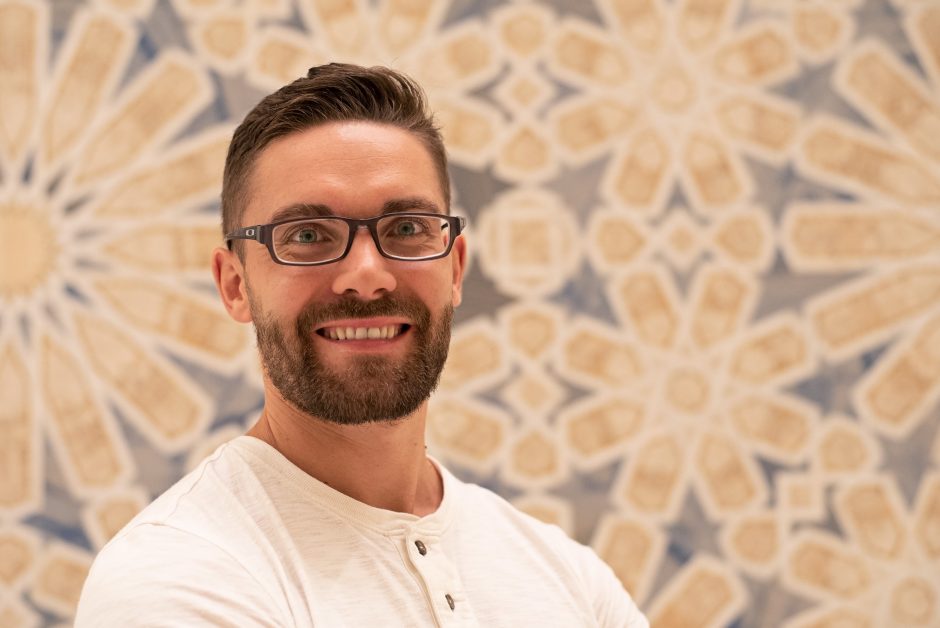 I offer a very unique set of skills.  By combining my natural love and passion for health and wellness, my years of knowledge and experience, along with my skills and education in functional medicine and coaching, I can help in all areas of your life.  Particular attention is spent on lifestyle, diet and nutrition, mindfulness and meditation practices, supplement use, exercise, belief patterns and mind-set, sleep habits and relationships.

I have a very relaxed, personable approach to my clients.  I am friendly, understanding and respectful, whilst using my depth of knowledge and years of experience to help you achieve the level of health, wellbeing and quality of life you want and deserve.  My unique skill-set allows for a truly holistic, rounded, mind-body-soul healing framework.

The Pillars of the Approach

Dr Steve is not your typical healthcare practitioner or coach.  He is friendly, warm and approachable.  He takes a very whole-body, whole-lifestyle approach to his work.  This makes the results he achieves go much deeper.  Bringing about a restoration of health and wellbeing.

By combining his knowledge and skills in functional medicine, coaching, chiropractic and NLP, Dr Steve offers a truly unique approach to achieving optimum health and wellbeing.  Allowing you to achieve the health and lifestyle you long for, and indeed deserve.

Send me an e-mail, ask any questions you want, and we can see if we are a good fit to work together.

Send me a message...

This content is strictly the opinion of Dr Steve Marsland D.C. and is for informational and educational purposes only. It is not intended to provide medical advice or to take the place of medical advice or treatment from a personal physician. All readers/viewers of this content are advised to consult their doctors or qualified health professionals regarding specific health questions. Dr Steve takes no responsibility for possible health consequences of any person or persons reading or following the information in this educational content. All viewers of this content, especially those taking prescription or over-the-counter medications, should consult their physicians before beginning any nutrition, supplement or lifestyle program.